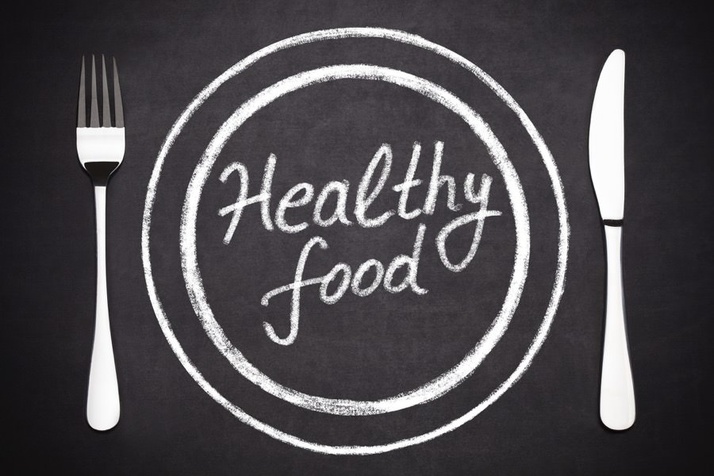 It’s amazing how the majority of doctors and nutritionists – even the Federal government – promote the concept that a low-fat, low-cholesterol diet will lower heart disease risk. This concept of removing fat in diet, to promote cardiac health known to researchers as the “Lipid Hypothesis” is actually one big fat lie. These “experts’” claim that this hypothesis is substantiated by incontrovertible scientific research, but in actuality, there’s little evidence to prove that a diet low in cholesterol and saturated fat has any health benefits at all. To the contrary, the scientific data is clear – A low-fat fad diet is pointless, useless, worthless and actually very harmful.

So, does eating fat make you fat? Is it unhealthy to have saturated fat in diet regimens? Is saturated fat bad for you?  According to the scientific information, as interpreted by NJ holistic medical doctor Michael E. Rothman of MD Wellness, absolutely not – this distortion of the truth is the basis for the Big Fat Lie (BFL). Unfortunately this misinformation was started, perpetuated, reinforced, and integrated into our consciousness, and our daily lives by the food industry in an attempt to lower the cost of producing foods. There are a wide variety of reasons you’re better off keeping good sources of fat (like healthy saturated fat) in your diet. Here are the top five facts that fly in the face of the Big Fat Lie.

The French Paradox
The French diet is loaded with saturated fats in the form of butter, eggs, cheese, cream, liver, meats and rich pâtés. Yet the French have a lower rate of coronary heart disease than many other western countries. Per 100,000 middle-aged men, 145 die of heart attacks in France every year while in the United States, 315 of every 100,000 die.

The Japanese Paradox
After World War II, and influenced by US eating patterns, the Japanese increased their consumption of meat and animal fats by a huge margin, and cardiovascular deaths fell.

Other So-Called Paradoxes
Animal fats from fish and marine animals are the staple for Eskimos. The good sources of fat in their native diet enable them to be free of disease while easily maintaining their hardy lifestyles. Similarly, although people in northern India consume 17 times more animal fat than those in southern India, they have an incidence of coronary heart disease seven times lower. Another example shows that milk, beef and the blood that is extracted with it make up the majority of the diet for the Masai and other related African tribes. Yet, these people have no coronary heart disease and excellent blood cholesterol levels. Also, many Mediterranean cultures have low rates of heart disease even though fat – including highly saturated fat in diet of lamb, sausage and goat cheese – almost reaches three quarters of their caloric intake.

Vegetarian and Vegan Diets Can Be Bad for your Health.

There have been countless books, journal articles and papers written on the benefits of vegetarianism and veganism. But, let’s look at a real-world example of how a person could “benefit” from becoming a vegan or vegetarian. Imagine this person has been eating at high-fat, high fructose corn syrup-laden fast food restaurants. As a result of their poor dietary choices, they’re overweight, and suffer from fatigue, aches and pains, acne, headaches and IBS. After reading about the benefits of veganism, they stop eating fast food and go to the supermarket instead. They avoid all animal products and eat only fruits, veggies and get a large portion of protein from soy. They notice they’re slowly losing weight, their skin is clearing, energy is improving, and aches and pains are diminishing.

Does this mean the vegan diet they chose is “good”?  Not necessarily, though it’s true that the diet may be “less bad.” Their symptoms and overall health may start to improve, at least in the short term, but over the long term, they’ll begin to suffer from the effects of this nutrient-deficient vegan diet. Dr. Michael Rothman of MD Wellness has seen many patients like this in his practice – people who unwittingly embraced vegan and vegetarian lifestyles only to find that several years or a couple of decades down the line they begin to suffer miserably.  As they age, much of the unrelenting stress placed on their body systems manifests as severe fatigue, premature aging, hypothyroidism, weight gain, and much more.

Saturated fat in diet is good for you.

We’ve all heard that saturated fat is bad. This is a myth created by the food companies and perpetuated by the drug industries to basically help boost the sales of seed oils, margarines and vegetable oils. Why? Because they’re a cheap alternative to butter, coconut oil and palm oil, all of which have saturated fat. The truth is that saturated fat should make up about 50 percent of your caloric intake. Saturated fat consumption increases HDL (the “good” cholesterol) and has many other beneficial properties.  Healthy, hormone-building, tissue-enhancing, life-giving saturated fat is essential for proper functioning, growth and repair of all the systems in your body.  But does eating fat make you fat?  Not if you’re choosing good sources of fat like unprocessed meats, cheese and eggs that are not laden with synthetic hormones and unnatural additives or have been fried or overcooked.

Since it’s a scientific fact that cholesterol is a necessary dietary component for the proper function of humans as well as animals, wouldn’t it stand to reason that if cholesterol isn’t available in sufficient amounts, catastrophic ramifications will ensue? Disastrous consequences of low cholesterol most certainly have been documented. Low total cholesterol (<160) has been shown to increase death rates in young persons, increase total mortality in the middle-aged, increase death rates in the elderly, increase stroke risk, and increase cancer risk. Low levels of this hormone building, cell protecting antioxidant, means more infections and deaths in post-surgical patients, increased depression, increased mental illness and propensities for committing crimes in children. A dearth of this vital nutrient which the body puts a large amount of metabolic energy into producing also increases the risk of Alzheimer’s disease, and may increase the risk of Parkinson’s disease.

Many researchers cherry-pick their subjects.

Many researchers resort to much distortion and “cherry picking” of data in order to make their case for the “Lipid-Heart” hypothesis.  Take, for example, Professor Ancel Keys’ famous “Seven Countries Study,” published in 1970, which was supposed to have finally proven the Lipid-Hypothesis theory of heart disease. For 20 years, Keys studied 12,000 men between the ages of 40 and 59 from 16 communities in Finland, the Greek islands, Italy, Japan, the Netherlands, the United States and Yugoslavia.

So, does eating fat make you fat?

No.  Do you need saturated fat in diet? Yes.  Good sources of fat are crucial to your overall health. It’s up to you to brush off all the “warnings” of saturated fat’s “dangerous” effects as if they were annoying cob webs. Disregard years of misdirection to sidestep the prevailing “wisdom” fabricated over generations. In being aware of this deceit, and as an educated person recognizing such deception as futile, let your common sense and knowledge of the Big Fat Lie lead you to incorporating saturated fat heartily into your diet.